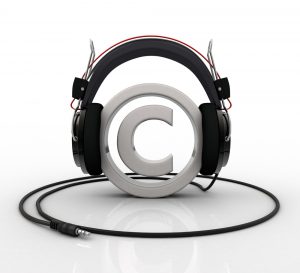 I’ve just completed a couple of audits for a new advertiser client, to see how music rights have been licenced previously. As is often the case, it’s a client that has had past problems with the way their advertising agencies, across multiple brands, have bought music rights. Having performed many of these audits, it astounds me that the same problems come up time and again. How can agencies get such simple things so wrong?

On every audit, I request copies of fully executed sync licences. When they arrive, they’re often signed only by the agency (not the rights owners) or sometimes have no signatures at all. Given that these are mostly projects where the agency has outsourced rights clearance to a (supposed) music specialist, I’d argue it’s negligent behaviour.

Sound recordings embodying songs or compositions. A brand can’t use the recording without the song on it. So, the usage terms (Term, Territory, Media) in the licence for one has to exactly match the other – that’s just common sense – even if the licence fee might be different. With proper due diligence, any anomalies should be spotted and corrected before the licences are finalised. It’s surprising therefore how often audits uncovered differences in usage terms between corresponding publishing and master sync licences. Clearly no-one checked.

For any use of 3rd party IP by a brand, the usage required must match the rights bought. That’s not rocket science. If the rights bought exceed the rights used, that’s wastage of budget. If the situation is reversed, that’s infringement of copyright. The first is a cost issue. The second is a legal risk and hence also cost issue. To avoid these problems, the brand must finalise its media schedule early on, stick to it, and ensure all 3rd party IP rights are bought in compliance with the plan. Simples. However, in every audit I’ve done for clients, I’ve found that the licences don’t match the media schedules. There’s usually a combination of both wastage and infringement of copyright.

Since first acting for brands in my previous business in 2003, I’ve always inserted a minimum of two options to extend the term in every sync deal memo proposal. Each limited to the same fee plus 10%. Adding options into deals doesn’t cost anything unless they’re exercised – but options are highly effective insurance against fee inflation. However, in most audits, it’s rare that options to extend the term have been negotiated into sync licences. It’s almost as if the agency is deliberately negating its client’s best interests in order to create more work for itself further down the line – and hence justify more agency fees.

The audit I’ve just completed contained all the above problems. Worse still, the deals were brokered by an outsourced agency supplier paid by commission – 10% of the licence fees paid to the rights owners. So they were rewarded for brokering a bad deal for the brand – the incentives working in the wrong direction. In this instance, the broker was paid handsomely despite failing to secure signed licences. They also received a second fee for negotiating an extension after failing to include options in the initial licence. Unforgivable! Yet this is surprisingly common.

My book Music Rights Without Fights covers all these issues in greater detail for brands who want to get smarter at buying music rights.