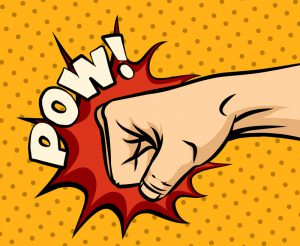 The reaction to Trump’s victory in the US election has been similar to that of Brexit in the echo chamber of media community. The news has been met with despair and disbelief. How could this have possibly happened? How could someone so apparently unqualified for the job, with such divisive views, become leader of the world’s largest economy?

As in the UK, the same in the US. A feeling that those of an educated, broadminded and liberal persuasion were blindsided by a larger mass with a polar opposite perspective. The crashing of the Canadian Immigration website perhaps indicates how many American Democrats are exploring options outside the US.

Blindsided By A Different Perspective On Music Rights

I returned to the UK from New York just two days before the US election on 8th November. I’d been in the city for the second time in just five weeks. The focus of the most recent trip was a presentation to the Association of National Advertisers (“ANA”) who’d invited me to speak to their Advertising Production Management Committee. This group comprised senior execs from America’s largest brands with responsibility for production across broadcast and online media. Collectively they controlled production budgets in the $100millions.

At the ANA event I delivered a presentation using the principles of my book Music Rights Without Fights. We looked at how music rights work, cost drivers, risks and how to manage them. There was a lively Q&A session afterwards in which one attendee told the story of a licensing deal that had gone badly wrong due to an uncleared sample. He described how the brand’s agency had brokered a deal with a music publisher who supposedly controlled the song concerned.

The campaign launched but quickly afterwards another rights owner “came out of the woodwork” claiming to own a share of the song by way of the sample. The brand assumed that the publisher with which their agency had brokered the deal would indemnify them against this claim. Instead, they were horrified when the publisher adopted a “not my problem mate” stance and simply reduced their licensed share of the song down from 100%. This left the brand and its agency exposed over the unlicensed share.

As is often the case, music rights owners will launch claims against both brand and agency given that the brand is considered to have deeper pockets. The brand production exec telling story clearly felt blindsided by the experience: “These guys came out of nowhere!” The terms of the settlement weren’t disclosed, but clearly it was a salutatory lesson that music rights licensing can be more complex than many brands expect. There was general amazement in the room that music rights owners could be so opportunistic, seeking to hold brands to ransom once a campaign had launched. I explained this is not uncommon and often central to the business model of some less scrupulous companies in the music industry.

What are the lessons for brands here?

This is a complex area where, as the ANA event demonstrated, brands can unexpectedly fall into traps. If this has happened to you, or you want to prevent it, get in touch by calling me on +44 (0)20 3137 0324 or email me at richard@resilientmusic.com

Be safe and don’t get blindsided.