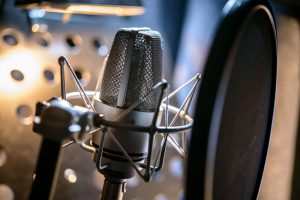 Regular readers of this blog probably now have a fair idea of the key distinction between songs (“publishing rights”) and sound recordings (“master rights”) as respectively controlled by music publishers and record labels. For a recap, click on the link above. However, these separate copyrights are further sub-divided into synchronisation, performing, mechanical /dubbing rights. Confusingly, these in turn are licensed by separate bodies leaving the uninformed marketer potentially exposed to dangerous pitfalls. In this extract from my book Music Rights Without Fights I explore how this all works.

By now you should have grasped that, as a marketer, synchronisation or “sync” is the main right you need to understand. So, what is it?

It’s the act of dubbing music (song and/or recording) against moving images; putting audio to visual.

As soon as you contemplate using music against a commercial or video, there’s a need to secure sync licences before you exploit that content.

Commercial catalogue music used in radio campaigns still has to be licensed even though there are no moving images. These licences are typically brokered with the sync teams of record labels and music publishers although no actual “sync” takes place.

Confusingly, this isn’t about the engagement of artists for live performances. It is instead about the public performance of songs and sound recordings. So how does that work?

Who grants the licences?

who license songs (on behalf of composers, songwriters & music publishers)

who license sound recordings (on behalf of performers and record labels)

Outside the UK, each market has its own equivalents of PRS for Music and PPl.

What does this mean for marketers?

Advertisers buy media airtime from broadcasters in order to transmit TV and Radio commercials to the target audience – This is clearly “bought” media. In some cases, brands might also secure placement of their content within editorial TV and Radio programming, for example a programme about advertising and/or the music used within it – This would be considered “earned” media. In both cases in the UK, it’s the broadcaster rather than the advertiser who pays blanket performing right licence fees to PRS for Music and PPl. This is entirely separate from the sync licence fees the brand pays to music publishers and record labels. So, you don’t need to worry about performing right / public performance licence fees from a marketing budget perspective – it’s the broadcaster’s responsibility as they, not the brand, are broadcasting your content.

In the UK, if you host any music on your company’s corporate website, whether that’s audio only or audio-visual, you do need a blanket PRS for Music licence to cover all the applicable songs. The type of licence varies, but it’s often called a General entertainment Streaming licence. The number of songs and the volume of streams determine the fee paid. It is your responsibility to secure this, as it’s your company’s website. Depending on the songs used, PRS for Music may be able to grant you a licence covering the European union (“EU”), which is generally the case for “Anglo-American” repertoire. Outside the EU, there’s an obligation to secure further licences on a market-by-market basis unless your content is geo-locked.

For any third party websites, it is the responsibility of the site owner to have the relevant licence in place with PRS for Music. At the time of writing, YouTube has such a licence although its commercial terms are confidential. However, Facebook does not have a licence with PRS for Music and tries to place the onus on brands to secure one. The question for brands is, how do you make your videos safely available on Facebook or any other third-party side? The answer is to embed links to YouTube, which means that your content is visible on, for example, unlicensed Facebook although it’s being streamed from licensed YouTube where the video is actually hosted.

In the UK, PPl can’t grant blanket performing right licences for sound recordings for online usage by brands. Instead, record labels should grant this right within the terms of master sync licences.

In the UK, if your brand is a “bricks and mortar” retailer, your company needs blanket PRS & PPl licences for all its stores in which music can be heard. This usually falls under the remit of corporate Procurement teams who may broker licences directly with PRS and PPl or outsource it to a third-party supplier. So, although it’s a cost to your company, it’s not usually a concern for the marketing department. The same is true of music played in your offices, which also requires PRS and PPl blanket licences, though many companies fail to recognise this. Outside the UK, the international affiliates of PRS and PPl have a similar role.

This is always the responsibility of the venue owner. So, if you’re hosting an event in an existing venue, check the venue owner has valid PRS & PPl licences in place. However, if you’re creating a temporary pop-up venue for a branded event, it is your responsibility to secure blanket PRS & PPl licences for that venue – even if it’s just for one day. Outside the UK, the international affiliates of PRS and PPl have a similar role.

This only relates to PRS but the same rules apply as for Audio Playback. If you’re hiring a venue, it’s the owner’s responsibility to have a PRS licence. If you’re creating a pop-up venue, it’s your responsibility. Outside the UK, the international affiliates of PRS have a similar role.

In all the above cases, the general rule of thumb is this: whoever is responsible for the actual “public performance” of the song or recording, they must secure the public performance licence(s) and pay the appropriate licence fee(s).

If you create copies of songs or recordings to give away to consumers, you need licences in place from the rights owners, typically music publishers and record labels. These licences usually attract a per unit royalty in return for the grant of:

In both cases, prior permission is required from the rights owners.

In the 1990s, many brands created promotional “Premium CDs” which were licensed this way. In the early 2000s, many brands created promotional ringtones or downloads which were also licensed this way. Now, it’s far less common as consumers can access all the music they want via streaming services on an ad-funded or subscription basis.

Marketers need to remember that:

Brands cannot freely distribute music on any format, whether Vinyl, CD or digital download unless they have the appropriate licences from the rights owners and have paid the necessary fees which are usually a royalty per unit.