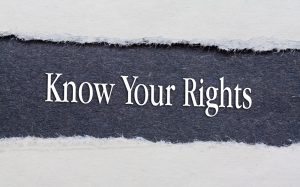 The term ‘music rights’ is often used as a blanket phrase when talking about music copyright. However, as anyone who follows this blog will know, there are different copyrights, controlled by different individuals or organisations. ‘Publishing rights’ and ‘master rights’ are the key distinction between songs and recordings, but these are further sub-divided into synchronisation, performing, mechanical and dubbing rights. And guess what, they aren’t all licensed by the same bodies!

Here I’m going to explain what you need to know about these fundamentally different copyrights:

As a marketer synchronisation or “sync” is the main right you need to understand. So, what is it?

It’s the act of dubbing music (song and/or recording) against moving images; putting audio to visual.

As soon as you contemplate using music against a commercial or video, there’s a need to secure sync licences before you exploit that content.

Commercial catalogue music used in radio campaigns still has to be licensed even though there are no moving images. These licenses are typically brokered with the sync teams of record labels and music publishers although no actual “sync” takes place.

This isn’t about the engagement of artists for live performances, instead it’s about the public performance of songs and sound recordings.

Who Grants The Licences?

Outside the UK, each market has its own equivalents of PRS for Music and PPL.

If you create copies of songs or recordings to give away to consumers, you need licences in place from the rights owners, typically music publishers and record labels. These licences usually attract a per unit royalty in return for the grant of:

In both cases, prior permission is required from the rights owners.

In the 1990s, many brands created promotional “Premium CDs” which were licensed this way. In the early 2000s, many brands created promotional ringtones or downloads which were also licensed this way. Now, it’s far less common as consumers can access all the music they want via streaming services on an ad-funded or subscription basis. So, why would consumers want a free download unless it was completely exclusive content?

Marketers need to remember that:

Brands cannot freely distribute music on any format, whether Vinyl, CD or digital download unless they have the appropriate licences from the rights owners and have paid the necessary fees which are usually a royalty per unit.

Want to find out more? If you’re a marketer who wants to make sure that their next sync deal or other music licensing project goes off without a hitch, Music Rights Without Fights is my guidebook / manual to this complex world.