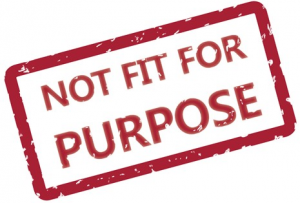 Last week I moderated a panel at Music4.5’s event “Sync, the evolving deals”. The entire session was fascinating, with much focus on the growing role of AI and automation in the licensing of music for video. Among the tech community there was significant frustration around the fragmented complexity of music rights and the unwillingness of rights owners to immediately embrace new platforms. I admire the optimistic resolve of start-up tech entrepreneurs to bend the will of the established order to fit their new vision. It appears their mission is to make all existing music immediately available and adaptable to music users whether in B2B or B2C contexts. Of course those who come up against the record labels and music publishers that control commercial catalogues quickly discover that achieving this objective it’s neither simple nor easy. Time and again we heard the question “why is it so difficult?”

There are several key structural issues underlying this frustration:

The music publishing and recorded music industries developed separately over several centuries for the former and at least one century for the latter. Although both major and independent music groups contain publishing and record divisions, the industries as a whole are often at loggerheads, usually over the division of revenue from the current means of distribution, currently streaming. Against this backdrop of poor cooperation, tech entrepreneurs discover they need to license two separate rights, publishing and master, usually held by different companies with little cooperation between the two.

The Legacy point is exacerbated by fragmentation. One song can have multiple publishers. Individual songs or recordings can be controlled in different territories by different rights owners. As new platforms typically need global licences, this makes the task particularly challenging.

Paul Sampson, Founder & CEO of Lickd clearly articulated the problem around rights owners’ inability to grant blanket licences due to the approvals required in contracts with their artists and songwriters. Sampson described the current model as “broken” and “not fit for purpose” as it impedes technological progress. This “approval roadblock” is certainly true for low volume high value licensing especially in brand marketing communications.

I have my own perspective on this:

Existing catalogues do change hands through M&A activity. Over time, publishing and master rights for the same titles may end up under the umbrella of one corporate group. Currently the UK is behind the US in establishing joint publishing and master sync licensing divisions, especially within the majors, although that may change. The independent sector is much better at this.

As a sweeping generalisation, in most artist recording or songwriter publishing agreement dating from the 1980s onwards, there are provisions for approvals, especially for branded communications. This is for good reason: Songwriters and artists do not want to grant carte blanche to their respective publishers and labels to license works which endorse brands. They want the power to be discerning and select only those brands with whom they’re happy to be associated.

Whilst the frustration expressed at the Music4.5 event wasn’t necessarily about branded use, there was a call for rights owners to renegotiate their contracts with artists and songwriters to remove approvals and make the licensing process easier. This is an overly optimistic idea and would be highly impractical for catalogues containing several million copyrights. Even if rights owners attempted to do this, I’d expect many established artists and songwriters would refuse, particularly regarding sync licences for branded use.

Going forward, perhaps there’s the scope for emerging artists and songwriters to grant administration rights to a new breed of rights owners with little or no sync approvals within a limited term. This would allow labels and publishers to exploit sync opportunities which required almost immediate turnaround. It would also allow the grant of short term blanket licences to new tech platforms such as those discussed at Music4.5’s event. Both avenues could help to raise artist and songwriter profiles and stature to the level at which they could invoke the right to be more discerning. At this juncture, perhaps some approvals could be reinstated in the second term grant of administration rights.

In most industries, innovation occurs where visionaries seek to solve a problem that frustrates them. In almost every case it’s articulated through the thought that “there must be a better way”. For production library or stock music, together with bespoke scores, flexibility is usually baked in. This music was created for audio visual use. In contrast, most commercial catalogue tracks were not created for use in video content, films or marketing communications. So it’s perfectly natural that the creators of this work want to retain the right of approval. For this reason, the licensing of music for branded use has changed little in the 20+ years I’ve been working in it. It’s still negotiated via a manual process with deal memos sent back and forth until agreement has been reached on commercial terms. Given the plethora of platforms that brands now need, scrutiny of deals by rights owners has become more intense, not less – The negotiations require ever greater disclosure of granular media details. Whether this changes during the next 20 years remains to be seen. On a recent call with the head of licensing at a major record label, our contact joked that his “job was safe for the next 10 years or so and he wasn’t about to be replaced by a robot”. No doubt the tech entrepreneurs would brand him a Luddite, though I suspect he may be right. Major music companies aren’t going to cede control to AI to license their copyrights to brands anytime soon unless of course the catalogues themselves are acquired by The Four Horsemen of Silicon Valley. Then music will be reduced to software and we’re all out of a job.