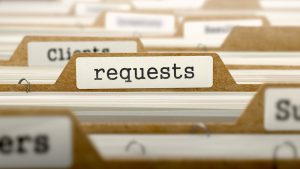 The reason? There are usually approval parties and, in some cases, longer approval chains involving multiple parties.

Brands looking to license commercial catalogue music often come unstuck as they fail to appreciate the timescales needed for clearance. Why? They don’t understand the number of parties involved in the approval chain. In this post I share how it works…

Firstly, let’s refresh ourselves on some terminology:

The location of the licensee entity dictates the market (or “territory” in music licensing jargon) in which the deal must be brokered.

Yes, I know that’s a bit complex, so let me explain using a real life example:

In 2013, Taylor Swift appeared in a Diet Coke commercial which featured the title “22” from her “Red” album”. Taylor Swift is of course an American artist and The Coca Cola Company (TCCC”) which owns Diet Coke is headquartered in Atlanta, Georgia, USA.

It’s therefore a reasonable assumption that this deal was brokered in America.

Ignoring the artist’s actual appearance in the commercial, let’s consider the music title “22” – specifically the sound recording. As an artist, Taylor Swift is signed to Big Machine Records in America who control the recording of “22”. This is licensed through Universal Music in the UK who have the right, subject to the artist’s approval, to grant sync licences for this recording for use by brands.

Let’s consider now what would happen if the Diet Coke campaign had been created by TCCC in the UK and not, as I’ve assumed, the head office in Atlanta, Georgia. Looking specifically at the sound recording, the process would be:

The key point here is this:

Even though both the artist and the brand is American, if the campaign originates in another market (e.g. the UK), the local office of the brand (or its agency) has to approach the local record label that controls the recording in that market. TCCC uK could not directly approach Big Machine Records in the USA but instead must approach Universal Music UK as the local record label. The market in which the campaign originates determines the market in which the music must be licensed, even if it’s on a global basis.

Looking at the previous example, you’ll start to understand how the approval chain works. We established that, if you’re working for a UK registered company, it’s your office or agency that must be the licensee if you’re commissioning the campaign.

The local licensors will be the UK offices of the record label and music publisher(s) who control the title you want to use. They could have one of two roles:

The key word is “probably” because there are exceptions to the above:

What does this mean for marketers?

We’ve established that you need to approach the local UK offices of the relevant record label and music publisher – but in most cases they can’t just immediately agree a deal with you. Any quote they provide will be marked “subject to approval”. There are number of potential scenarios here:

It’s safe to assume that whoever you approach with a licence request will always need to seek someone else’s permission. There are examples with older catalogue, e.g. pre-1970 where this isn’t the case, but this is less common. So, there will almost always be an approval party who may one of the following:

The manager typically handles all aspects of their client’s career, acting as a filter for incoming licence requests, especially ones for brand campaigns. The manager will immediately know if the “fit” feels right. For example, if their artist is an ardent vegetarian, they will immediately deny a request for any meat-based product or brand. They wouldn’t risk offending their artist by presenting the request.

Similarly, if an artist is below the legal drinking age or has had problems with alcohol addiction, the manager will know not to present any licence requests for alcoholic beverage brands – the requests would just be denied.

So, let’s assume that the manager considers your request sufficiently worthy to present to the artist. Will you get an immediate answer? No, almost certainly not.

Established artists and songwriters are busy people. You need to consider that they might be:

Given that established artists probably make more money now through touring rather than sales of recorded music, being away on tour is the more likely option.

It’s quite probable that it might be several days before the artist gets to see your request. They may be eight hours behind or ten hours ahead. Their tour manager has to pick the right moment to present a bundle of licence requests to a jet-lagged artist on the tour bus or plane between shows.

Will your request stand out? Will the artist look on it favourably? Of course that depends on:

What’s the take-out for marketers?

Remember to leave plenty of time as artists and songwriters will, at the very least, take a few days to respond and sometimes several weeks.

For a complete guide to sync licensing for brands and marketers Music Rights Without Fights is the ‘must have’ book / manual for negotiating this complex landscape. Get your copy here.