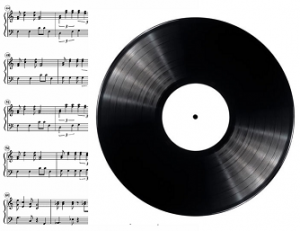 In this post I share a chapter from my recent book Music Rights Without Fights and examine the differences between the two key music rights owners, namely music publishers and record labels. This is a fundamental principle for marketers to grasp in order to successfully license music into brand campaigns.

What Do Music Publishers and Record Labels Control?

From an earlier blog post, you’ve now learned about the fundamental difference between songs and recordings. It’s essential that all marketers who use commercial catalogue music in their campaigns appreciate this distinction. So, as a buyer, if you’re going to license these separate rights, you need to know who the sellers are. In general terms:

There are exceptions to the above, the obvious ones being:

Unpublished songwriters and composers control their own works
This is a key tenet of copyright law. The creator controls their work until they assign it elsewhere.

Unsigned recording artists may control their own recordings
Generally speaking, in copyright law, the party who paid for the recording session owns that recording – though they don’t necessarily have the right to commercially exploit it without a contract with the artist. In the 1980s and 1990s, for an unsigned artist, that party might have been their manager or a record producer working speculatively. However, given it’s been possible for at least a decade to make a perfectly decent record with nothing more than a laptop and a microphone, most unsigned artists will control their own recordings.

(i) Historical Background
This won’t be a detailed history lesson, but for a marketer there are a few useful points to know:

Music Publishers
• Music publishing is much older than the record industry
• Origins date back to the 15th Century, but developed formally from 18th Century
• Initially based on the sale of sheet music for several centuries
• Publishers licensed piano rolls in 19th Century
• Publishers felt threatened by advent of sound recording in late 19th Century
• Development of the “mechanical right” – the right to mechanically reproduce the music and words of compositions onto sound recordings
• Mechanical licences for wax cylinders, 78rpm discs, vinyl, CDs, downloads

I spent nearly 10 years working in music publishing during the 1990s and early 2000s and have a particular fondness for the industry. My general observations are:

The key point you need to know as a marketer:
Whatever version of a song you want to use, you must get a licence from the music publisher that controls it.
In the advertising sync licence market, music publishers have more power than record labels, as you can always re-record a song or possibly find a cover version if you can’t license the original artist recording.

Record Labels
I mentioned earlier that the division between the careers of songwriters and artists changed with The Beatles. Before then, artists were perhaps just entertainers or even “turns” – their careers might be short, but it was the songwriters and their publishers that had the real power.

That changed in the 1960s and continued certainly through to 2000. During this period, record labels were seen as the dominant force. Financially, their profits were far larger than music publishers given that the record label’s share of each physical unit sold vastly exceeded that paid out to the artist (“artist royalty”) and the music publisher (“mechanical royalty”). This reached its climax from the early 1980s to 2000 when record labels sold CDs at a higher price than vinyl though with lower associated manufacturing costs. Vast profits were made which fuelled the well documented hedonistic excesses of the recording industry. In this period, touring was still a potentially loss making exercise to promote album sales. With such large profits, record labels could afford to take huge risks on new acts – hence the anecdotal label practice of “Sign 10 artists, lose money on 9 and make it all back and more on the 10th”.

Of course the internet changed everything. Nearly 20 years on, the general trends are:
• Income from the sale of recorded music is a minor part of an artist’s total revenue
• Excluding superstar artists, recordings are often little more than a calling card
• Emerging artists will often give away recordings for free as a promotional item
• Recordings promote tours and merchandise
• Ongoing debate about sustainability of the streaming model

So, what does this mean for record labels?
• Declining market for sale of recorded music
• Smaller margins and quite often losses
• Risk averse attitude to signing new artists
• Far fewer artists signed, on much lower advances
• Less artist development, as this role now falls to managers
• Attempts to claw income from other sources (live, publishing, brand partnerships) via so-called “360 Deals” with new recording artists

What are the other key takeouts:
• Record labels have a real need to monetise their recordings
• They look to brands as a vital source of revenue
• All labels now have dedicated sync licensing teams
• Larger labels have brand partnership teams
• The “top dog” arrogance of labels is receding though not gone
• Labels are re-calibrating their place in the music industry given that the live sector is now much more powerful

The key point you need to know as a marketer:
For record labels, what was once just “secondary income” is now a key element of their business i.e. the licensing of recordings into commercials and branded online video is of fundamental importance to record labels. Carefully managed, brands and agencies can use this as leverage in negotiation.

Inherent Conflict
The fragmented music industry has always been riddled with internal conflict. That’s why until relatively recently, with the advent of trade body UK Music, it’s rarely had a strong lobbying voice with government. UK Music positions itself as a campaigning and lobbying group which represents every part of the recorded and live music industry. It’s supported by all the individual trade bodies which represent both independent and major record labels, music publishers, artist managers, session musicians, songwriters, record producers, featured recording artists, booking agents, promoters, music venues and festivals.

To explain the inherent conflict:

Record labels believe they deserve the lion’s share of profits from any exploitation of a sound recording that embodies the song. Music publishers obviously disagree.

There’s an on-going debate about downloads and streaming whereby publishers are trying to claim a much larger slice of revenue.

Why does this matter for marketers?
It reinforces the need to form strong relationships with music publishers, because they have more power than record labels in the sync licensing market.

(ii) Roles and Responsibilities
I’ve mentioned sync and synchronisation a number of times – We’ll examine this in more detail in the next chapter, but as a marketer you need to understand that this means the act of synchronising music (song and recording) against moving images. That’s what you do when you (or your agency) dub music onto your commercial or online video i.e. putting audio to visual content.

When considering the roles of music publishers and record labels, what does synchronisation mean for marketers?

A quick note on warranties and indemnities: Whilst music publishers and record labels will almost always include a licensor’s warranty in their licences, it is common practice to limit the indemnity to the level of sync licence fee paid by the licensee i.e. the brand or its agency.

If you have any questions about music rights and the complex field of sync licensing, leave a message below in the comments or get in touch with me directly hello@resilientmusic.com.