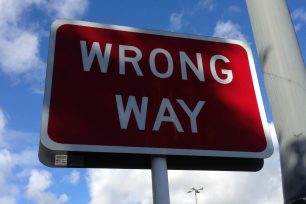 Back in a previous life, when I worked inside an ad agency, we submitted A LOT of licence requests.

And sometimes directly to unsigned artists and unpublished songwriters.

And in the overwhelming majority of cases, they’d demand at least some sight of the creative.

Which makes sense – no one wants their music used in conjunction with something they don’t approve of.

And whilst I’d never recommend denying this request, when it comes down to it there are degrees of cooperation.

Because of the nature of advertising, an idea or a script has already been pretty formulated before it reaches the licence application stage, but giving the rights owners all the information about how integral a song is to your campaign is pretty much the worst possible strategy.

They wanted me to submit scripts which included the song title to the rights owners, thinking that telling them how important their song was would play to the artist’s ego and further our cause.

Here’s the problem: if a rights owner knows how dependent you are on a particular song, your negotiating position deflates while your fee inflates.

So how can you comply with requests to see the project without giving the farm away?

#1 Never reveal that their song is central to your campaign

#3 Submit any animatics without a soundtrack

If you’ve got any questions on this, let me know and I’ll do my best to assist.