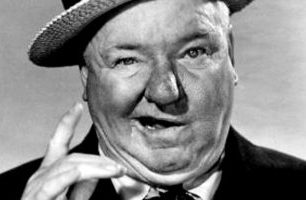 Many moons ago, I was working on an apparel campaign. The Creative Director was a ‘big shot’ at one of the leading London agencies.

And when it came to the campaign, this Creative Director had very fixed ideas; specifically he had a track in mind that he wasn’t prepared to compromise on.

The track concerned was by a rather obscure American independent artist – so everyone assumed they’d jump at the chance to have their music used in the ad.

The big mistake here?  The agency sold in the track to the client before getting permission to use it.

Once the agency asked us to get involved, we submitted a licence request to the rights owners and waited for a reply.

We kept chasing up, and eventually received a denial.

Of course the Creative Director wanted to know why. He couldn’t comprehend why the artist turned him down.

We pushed for a reason, hoping we might be able to resolve it, only to be told, “the artist doesn’t like the brand”.

Undeterred, the Creative Director wrote a handwritten note begging the artist to reconsider. We sent it off – and played the wait and chase game again.

Eventually we got word back.

The artist said “no”, again.

Time to give up?  Not for the Creative Director.

He was livid, and started looking into flights so he could get to the West Coast and sell his personal vision to the artist. He actually said he would go to the Artist’s house and personally explain why the Artist’s track was the perfect fit for his ad.

Thankfully we managed to persuade the agency TV producer to talk the Creative Director down from that particular ledge, However, we were asked to continue to lobby the rights owners with emails and calls in the hope that the Artist might reconsider. This eventually led to some fairly aggressive replies.

The final exchange saw them blow their top at the agency and type out the one-liner “What part of “no” don’t you understand?”

Finally, the Creative Director gave up.

And whilst part of me admires him for his tenacity, my experience tells me that you’ve got to apply a bit of W.C Fields logic to this kind of situation:

“If at first you don’t succeed, try, try again. Then quit. There’s no point in being a damn fool about it.”

The moral of this particular story?  There are a few:

Finally – and perhaps most importantly – accept that you won’t always be able to use the track you want. Artists and Songwriters nearly always have the right of approval, so when they say “No”, they usually mean it. After a few attempts, it’s wise to respect their decision and move to plan B instead.