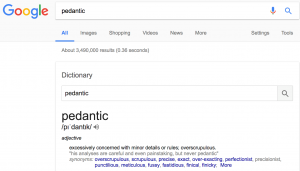 I recently saw a campaign advertising an alcoholic beverage brand.

It was a decent campaign, with aspirational shots of attractive twentysomethings larking about with bottles in their hands and a rousing music track accompanying it.

The creative had clearly gone for the theme of ‘ownership’, with phrases like ‘own the moment’, ‘own the night’ and ‘own the festival’ used throughout.

A good idea, and a well executed one, but it reminded me strongly of one of my first ever meetings at the ad agency I joined after years in the music publishing business.

One of the account directors brought up a track that had been licensed for a current TV campaign, and he wanted to explore how they could leverage it in other content.

They threw a few ideas around, but not one person seemed to have considered whether or not they’d be able to use that track in another setting.

Instead, the phrase that kept getting repeated was the blanket “The brand owns this track”.

That’s a big mistake, but a common one. It’s also an example of how brands and agencies often use the word “own” to imply “have an association with” but without a clear distinction between that and copyright ownership.

Sometimes people assume that because a licence has been granted to use a track in one context (like a broadcast TVC), you have carte blanche to use the same track in other content whether directly related or not.

The fact is: You can’t, unless you’ve specifically negotiated that additional context of use within the original licence.

And as an awkward newbie, I had to explain just that:

“Actually, you don’t own the track – the music publisher and record label own it. You just have a licence which has very strict limitations on what you can and can’t do with the track”.

It’s fair to say that a few people saw me as Mr Pedantic from that day forward, but it’s an important point.

When you’re discussing commercially released tracks, often called “licensed music”; you just don’t own it. Instead, typically, a record label owns the sound recording and one or more music publishers own the song.

And because other people own the track, you have to license it, and in that case, you’re limited by a precise context and “the three pillars of usage” – Term, Territory and Media.

If you decide you want to use it elsewhere, you’ll need to negotiate an extension to your licence, so don’t fall foul of this, no matter how many marketing campaigns encourage you to “own” everything just by buying some beer…