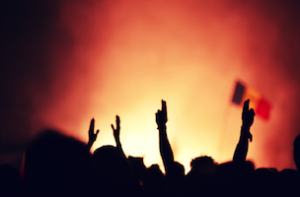 Over the years, I’ve worked on a huge number of “experiential” projects, where clients book artists to perform at a consumer event.

Obviously there’s a benefit to having the artist perform live, but usually, both the brand and the PR agency have an agenda beyond that – they want to capture the performance content and leverage it across other channels.

Here’s the snag though: this agenda is rarely discussed with the artist’s representatives in good time, with most brands and PR agencies assuming it’s a minor issue. The assumption is often “…. it’s just social media, why would anyone object?”

I’ve come across situations where the brand realises they need to ask for some sort of permission, but doesn’t ask the band manager until very close to the performance day.

And if he or she says yes, they assume that they’ve got carte blanche to do what they want.

Just because an artist’s manager indicates that it’s okay for a live performance to be filmed and posted online, it doesn’t mean you can.

In fact, you probably can’t.

If the artist is signed to a record label and the songs they’re performing are published (which is often the case), the artist doesn’t actually control the rights.

In other words, it’s not just their call.

Instead, it’s the record label and relevant music publishers that control the rights – and these are people you need to contact with a proper licence request, well before the event.

Managers worth their salt will know this, and most will let you know who to approach when you ask the question.

So what’s the takeaway here?

#1 You CAN book an artist for live performance, usually just by dealing with their manager or booking agent.

#3 If the artist is signed to a record label, you’ll need an artist waiver to film the performance, and a master synchronisation licence to use the captured sound recording within the film that you post online.

#4 If the artist, in their role as songwriter, is signed to a music publisher, you’ll need a publishing synchronisation licence to use the songs within the filmed live performance. The same is true for the rights of any co-writers even if they’re not performing at the show.

Just because the band manager says its fine, it doesn’t mean it is, so make sure you follow the appropriate steps, or you could end up in hot water.

Oh, and it gets even more complicated if the artist performs any covers – you’ll need additional publishing sync licences for those songs too!